Climate change, brought about through human activities, threatens our world. Destruction of forests, moorland, peatbogs and other natural habitats reduces the earth’s ability to absorb carbon from the atmosphere, while also causing devastating damage to wildlife and an ecological emergency.

We cannot solve one crisis without tackling the other – nature’s recovery is vital for tackling climate change.

What is climate change?

The world's climate is constantly changing and in the past it has done so to dramatic extremes, but there is now clear evidence that human activities are contributing to rapidly increasing climate change.

Climate change is the catch-all term for the shift in worldwide weather phenomena associated with an increase in global average temperatures. It's real and temperatures have been going up around the world for many decades.

Reliable temperature records began in 1850 and our world is now about one degree celcius hotter than it was in the period between 1850 and 1900 – commonly referred to as the "pre-industrial" average. The change is even more visible over a shorter time period – compared to average temperatures between 1961 and 1990, 2017 was 0.68 degrees warmer, while 2016 was 0.8 degrees warmer.

While this temperature increase is more specifically referred to as global heating, the climate crisis is the term currently favoured by science communicators, as it explicitly includes not only Earth's increasing global average temperature, but also the climate effects caused by this increase.

Global efforts are now focused on keeping temperatures from increasing more than two degrees above that pre-industrial average, and ideally no more than 1.5 degrees. That goal may still be possible if the international community pulls together.

Will climate change impact us in Shropshire?

Climate change is already affecting us.  Increasing occurrence of extreme weather, such as torrential rain and long spells of drought bring disruption to our lives. Our ability to grow food depends on stable climates and seasons. Increasingly wet summers and warmer winters make land conditions unfavourable to many food types that farmers grow. As demand increases, food prices will increase, so we are likely to feel the impact of climate change on our wallets as well asi in the availability of a diverse array of food.

There are deep concerns about the effects on wildlife too. For example, the leafing date of the oak tree determines when  caterpillars will appear, and that determines when certain insectivorous birds - such as blue tits - lay their first egg. Climate change is causing a shift in the times at which trees come into leaf and when insects lay their eggs. If the dates no longer correspond, there will be fewer insects for birds to feed to their young.

Dormice brought out of hibernation by warmer winters are unable to find food and a raised water temperature can affect the ability of fish, such as salmon, to breed in the River Severn.

What are we doing?

In response to the climate crisis, The Wildlife Trusts will:

Step up our work to restore vital habitats and natural climate solutions on a landscape scale.

Call for natural climate solutions and nature’s recovery to be the priority in tackling climate change, such as plans to achieve net zero.

Continue to push for the creation of a national Nature Recovery Network to restore thriving ecosystems and give wildlife space to adapt.

Ensure natural solutions are at the heart of local and national decision-making, such as planning, and work to protect them from damaging development and infrastructure projects.

Work to ensure people of all walks of life can connect with and enjoy nature, for the benefit of our health and wellbeing.

Shropshire Wildlife Trust manages over 40 nature reserves which store approximately 90,000 tonnes of carbon! These sites often have an undamaged soil and higher species diversity that other areas. The effects of climate change may change the species composition of these sites but their underlying value as protected 'reservoirs' of wildlife will not diminish and they will remain important sources of biodiversity.

These come in many forms, from protecting or restoring existing ecosystems to innovative approaches and new projects that protect or enhance the natural environment.

Thriving habitats can safely lock up vast amounts of carbon, while providing other vital benefits that help us adapt, such as flood prevention, clean water and improved health and wellbeing.

It is time to start capturing carbon and let wildlife thrive through major investment in our natural world.

We are involved in several projects and initiatives.

A Nature Recovery Network will connect nature-rich places, everywhere, bringing wildlife and the benefits of a healthy natural world into every part of life.

This approach has been the guiding principle of our work for many years.

Find out more about Nature Recovery Networks and the projects we are involved with to make this happen.

Lots of small actions can together, make a big impact.  Here are some ideas:

Reduce the carbon footprint of your food by looking for locally grown/sourced options and eating seasonally-available foods. 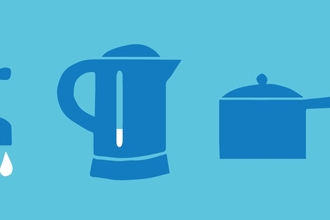 Use less from the tap, capture more rainfall, and pour less down the drain. 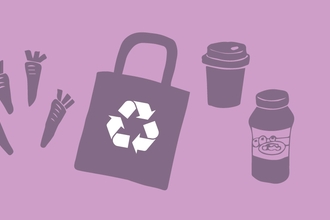 Cut down on unnecessary plastic and reduce your carbon footprint.