Autumn was on its way, and a late summer stroll ‘n’ roll to visit the Mosses and it’s Mammoth Tower, was on the calendar.

We parked up in the car park at Morris’s bridge.  I’d brought my more robust wheelchair, in case the ground was tricky, and wore long sleeves to avoid too many insect bites. We approached the canal side up a fairly shallow incline, turned right at the canal side and set off along the tow path.
The towpath is a combination of compacted stone, with a few areas of freshly-graveled pathway, which were hard work in a manual wheelchair, but not impossible.  Much easier with a helpful push!

At the corner towards the Mosses, the canal sweeps away to the left, along the Prees branch of the canal.  From our side of the water we headed right, pausing to take a few pictures.

At this point the sky stretches out above the prairie-like horizon.  Brooding, dark clouds with silver linings create a dramatic atmosphere. Glimmers of bright blue decorate the skies, fighting for space.  The air is warm and scented with a few late summer flowers and berries.  Silver ribbons snake across the surface of the canal, the occasional wave can be heard lapping under a gentle breeze.

As we approached the newly-opened Mammoth viewing platform, we spotted a number of Alder Beetles, bejewelling the foliage with their metallic blue armour.  We turned right along onto the faux wooden platform and boardwalk, which is lovely after the fairly raggedy stretch of the canal towpath.  There is a square of built-in seating at the end, and turning left the path takes you along to the end of the accessible pathway.  There is a slight change in level where the path turns left (which could be tricky).  The stunning waterfall of banners decorated the Mammoth’s frame when I visited, which I am told were produced by a youth group in Wem.

It is here that the raw beauty of the Peat Bogs stretch in front of you; an inviting and almost inhospitable looking landscape covering 1000s of acres. Although there are walking trails across the nature reserve, they are unpaved and often very boggy in sections.

As we headed back to the car park, we spotted a Speckled Wood butterfly, resting on a dappled sunlight patch of hedgerow.  The skies had brightened and the breeze began to pick up.

The route from the car park at Morris's Bridge along the canal to the viewing tower is a short walk for some, but a substantial effort for a wheelchair user, or anyone with reduced mobility.  With some improvements to the degraded surface of the canal towpath and a few tweaks to the boardwalk, this could be enjoyed by many more people. Whixall Moss is well worth a visit to experience one of the wildest places we have left in the Midlands. 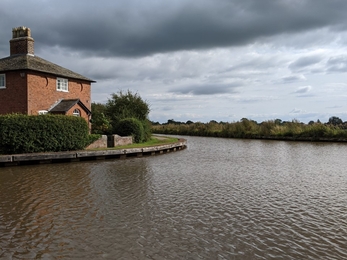 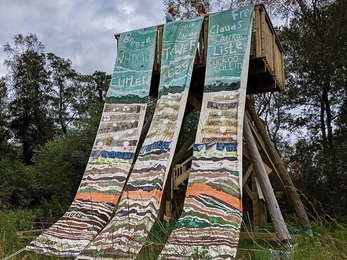 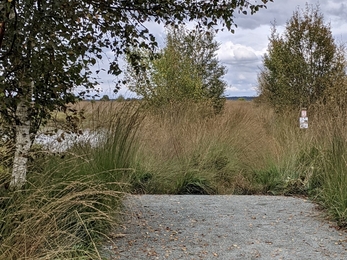 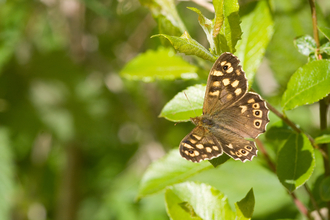 The speckled wood prefers the dappled sunlight of woodland rides and edges, hedgerows and even gardens. Despite declines, its range has… 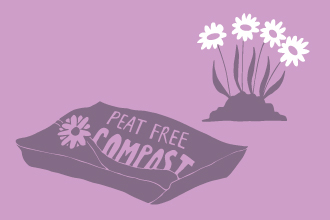 How to go peat free at home

Our homes and gardens have an important role in the fight against climate change. Help preserve vital peatland by going peat free. 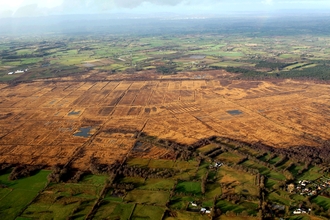 We are working to restore 665 hectares of peatbog in North Shropshire. These are one of the rarest habitats on earth - vital for carbon…