House sparrows have lived alongside humans for thousands of years. Our Engagement Officer Dr Cath, explains more about them.

Even Sparrows Latin name, Passer domesticus, shows their affinity with people. They’re what we call a commensal species. They’ve been our constant companions for millennia, ever since the dawn of agriculture in the Near East, and have spread with agriculture throughout Europe, Africa and the East.

They’ve also been introduced to the places they couldn’t reach on their own – Australia, New Zealand and the Americas. Sparrows are a truly successful and ubiquitous species!

Genetic analysis of the house sparrow, compared with that of a properly ‘wild’ subspecies Passer domesticus bactrianus, shows similar genetic alterations to those seen in domesticated dogs – a gene which makes the skull broader and more robust, which gives the bird a stronger bite to deal with harder domesticated grain, and another which allows it to digest starchier foods. In effect, the sparrow has domesticated itself.

Our relationship with sparrows has not always been harmonious though. They’re sociable birds, forming large flocks which could be a serious pest of crops and gardens, eating or spoiling grain and damaging thatched roofs. Shropshire ornithologist William Beckwith, writing in the nineteenth century, charges them with ‘mischief beyond calculation’. Sparrows were routinely netted and trapped, and a bounty was paid for sparrow heads. The rest of the sparrow was a cheap source of meat – despite their small size, there were plenty of them, after all.

But something has happened to the sparrows. They’ve declined by nearly 50% in rural areas and by 60% in towns and cities. In London, once so full of ‘cockney sparrows’, numbers dropped by three quarters between 1994 and 2004. This large decrease has led to the species being red-listed as one of high conservation concern. I know that I now have many more goldfinches than sparrows visiting my garden here in rural North Shropshire.

So do your bit for sparrows – they’ve been our neighbours for around 11,000 years, and have a fascinating history. Familiarity shouldn’t breed contempt, it should breed content; a comfortable fondness for these happy, chirping, constant companions. Maybe not the most exciting bird you might see today, but still one that can raise your spirits and give you that connection with nature we all so need.

How to help sparrows at home

You can help them at home by leaving parts of your garden to go wild, encouraging the insects that they need to feed their young. If you have sparrows visiting, a row of nest boxes or a special ‘house sparrow terrace’ near your eaves could give them a place to nest – they’re gregarious birds that like to nest close to other sparrows. You can also help by supporting campaigns to help insect populations recover, like The Wildlife Trusts’ Action for Insects, because without these our insect-eating birds don’t stand a chance. (Tom Hibbert) 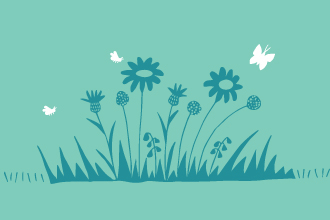 How to grow a wild patch

It doesn’t matter what size your space is, there’s always room for wildflowers! Set aside an area of lawn, part of a border, or even a… 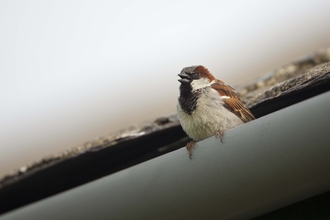 The House Sparrow is a familiar, streaky brown bird of towns, parks and gardens. Males sport a grey cap and black bib, the size of which… 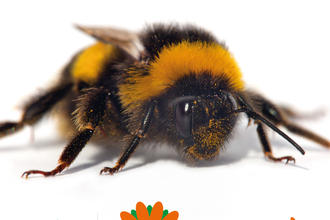 41% of insect species face extinction, they are dying out up to 8 times faster than larger animals.

Few birds inspire awe as often as birds of prey, those athletic aerial predators that rule the roost when it comes to the food chain.…

Swifts & Us: The Life of the Bird that Sleeps in the Sky

Huge congratulations to our Communications Officer, Sarah Gibson on the publication of her first book, Swifts and Us. Here, Sarah…

Spring is the time the country comes alive with birdsong, but why do birds call and how? Find out more from Dr Cath Price.