Alongside the River Severn, below The Mount Road, Shrewsbury

Free parking available on nearby roads around The Mount. The Reserve can be accessed by walking down steep steps from the road, or alternatively access by walking along the river.

The site is very steep, unsuitable for those with limited mobility.

Access is by arrangement only. We open the garden several times a year for guided walks.

By arrangement only, but the site can be viewed from the riverside walk.

“I often think of the garden at home as a Paradise: on a fine summer’s evening, when the birds are singing, how I should like to appear like a Ghost amongst you,” wrote Charles to his sister in 1833, while aboard The Beagle.

This fragment of the Darwin family garden was bought by Shropshire Wildlife Trust in 2013. While much of the formerly extensive grounds attached to The Mount, his birthplace and childhood home, have disappeared under housing, other parts survived in private gardens.

No other part of Darwin’s childhood home is accessible to the public, so when we were offered the chance to buy this slip of woodland next to the river, we were thrilled at the opportunity to open up a cherished corner of his world.

Through the wood, alongside an ice house once used by the Darwins, runs a path with views down to the River Severn. It was here 200 years ago, that the young Darwin was sent every day before breakfast to walk the path at the bottom of the garden. It was known as the Thinking Path and provided a regular time for thought and reflection. The habit became ingrained in Darwin’s daily routine and when he and his wife Emma bought Down House in Kent, they made their own Sandwalk through the grounds, carrying on the tradition of morning walks with their children.

This land was purchased with donations from our members and supporters and  significant grants from the Jean Jackson Trust, Shropshire Horticultural Society, Shropshire Masonic Charitable Association and the Daniell Charitable Trust. 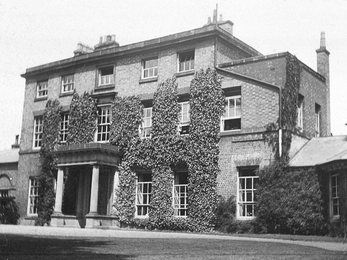 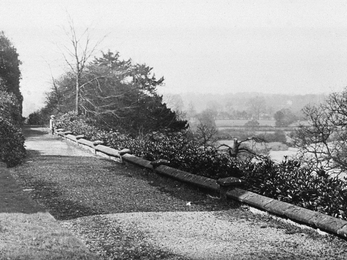 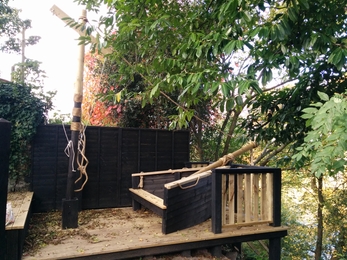 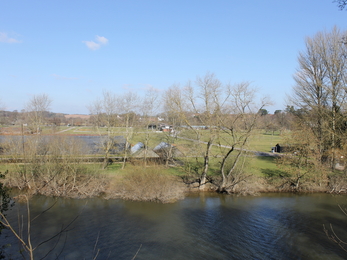