You might have the impression winter is a dead time for the natural world. The summer migrants have left us, most of the insects are dormant, reptiles and amphibians are tucked up asleep in winter-long hibernation, and even the trees seem torpid.

Many people, too, are spending the short days keeping warm and dry, but there’s plenty going on outside to keep the wildlife enthusiast busy.

The swallows may have left our shores for warmer climes, but they’re replaced by winter visitors. Flocks of redwings and fieldfares comb our hedgerows for berries.

Depending on conditions on the continent we might be lucky enough to see irruptions of waxwings and hawfinches coming in to feast on berries and tree seeds, if food supplies run short in their native countries.

Roving bands of waxwings, spectacular with their tufted crowns and black eye-liner, are often seen in supermarket car parks and on street trees, stripping the rowan berries before moving on to the next supply – they might appear anywhere in the county to brighten your shopping trip.

Hawfinches rely on tree seeds such as beech and hornbeam; Whitcliffe Common is a great place to see these impressive chunky finches. Common, two-barred and parrot crossbills might also appear in coniferous woodland, seeking out cones to feed on. Haughmond Hill and Bury Ditches are also known to attract them.

If your birdwatching is more restricted, even a walk through town at dusk can reward you with a large roost of pied wagtails - look out for them on supermarket roofs, electric sub-stations, telephone exchanges or anywhere else a bit of warmth is generated. They’ve even been seen cwtched up in a municipal Christmas tree after the lights had been switched on!

Garden feeders can attract siskins and bramblings to feed with the resident tits and chaffinches.

The county also supports good numbers of wintering wildfowl, bringing some excitement to our lakes and meres. Wigeon, pintail, pochard, shoveler and goldeneye come in from the north and north east for the mild climate and good feeding, joined occasionally by rarer visitors such as smew, long-tailed duck, scoters and scaup.

Divers can sometimes be seen too, unspectacular in their winter plumage but still a treat for the birdwatcher. The Mere at Ellesmere, Chelmarsh reservoir, Priorslee Lake and Polemere are all good places to look, as are our Reserves Wood Lane and Charles Sinker Fields, but even smaller bodies of water can hold interesting and unusual species. Family groups of whooper swans may frequent the grazing around Melverley by the Severn and Vyrnwy, and periodically appear on the Shropshire lakes, having made the journey from Iceland in a single 600-800 mile flight. Don’t be surprised if they spend most of the day sleeping! 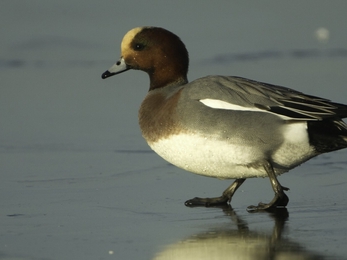 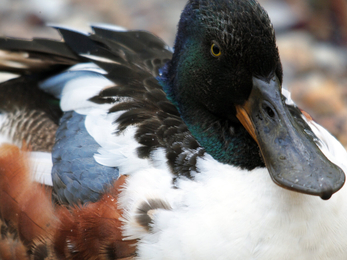 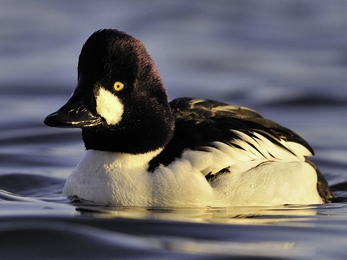 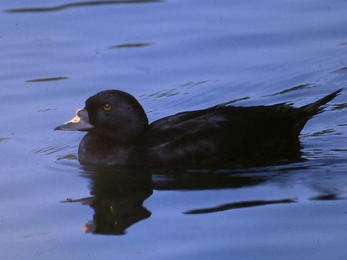 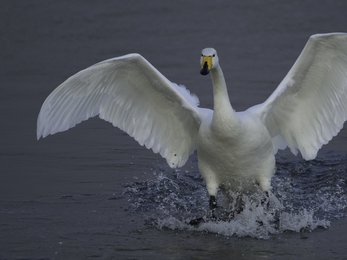 Keep an eye on our resident birds too. Herons and ravens are notoriously early breeders, and late winter is the time to see their courtship displays.

Male herons will be staking out nests in January, and the females will soon join them. Watch out for their looping display flight around the heronry and their ritualised posturing and beak-clacking at the heronry on Moscow Island in the mere at Ellesmere.

Ravens now breed throughout the county – a great increase, having been almost exterminated here by the end of the 19th century. They perform a spectacular courtship flight, when the birds show off with acrobatic swoops and dives. The male will fly beneath the female and roll in the air, almost flying on his back, sometimes performing a full barrel-roll, or even a double roll, demonstrating his mastery of the air and his fitness as a partner. Upland areas such as the Long Mynd and Stiperstones are the most likely places to see them, where they nest on cliff or rock ledges, but they also nest in tall trees on parkland, so look out for them wherever you are!

Winter can be a good time to spot mammals too. They can be less cautious when they haven’t got young to protect. Hares might be seen in winter crop fields, taking advantage of winter wheat or brassicas when the natural forage is depleted, and feeding during the day.

Foxes can also become more noticeable – you might not see them, but they’re very vocal in the early part of winter, when they’re establishing territories and seeking mates.

It’s a great time of year to find out what mammal species are around, as even a light covering of snow can hold a diary of the whole night’s mammal activity on your lawn or a local field. Brush up on your detective skills and get out there looking for tracks. Even without snow, wet ground and muddy patches can reveal the passage of beasts you may never have suspected. Tufts of hair left on wire fences are worth investigation, and more visible as the vegetation dies back. 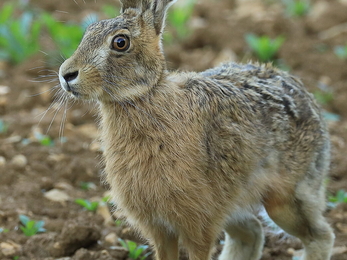 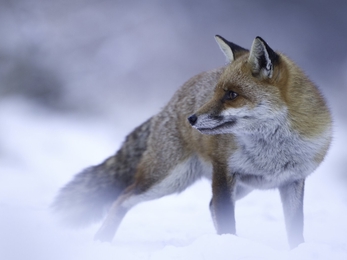 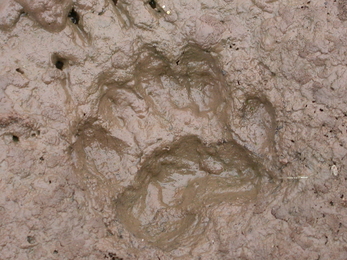 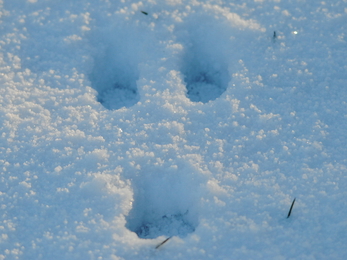 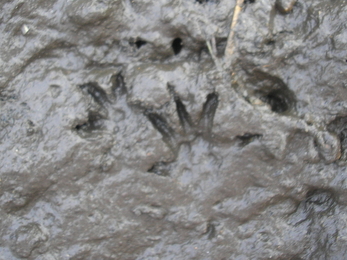 Whilst there may be few flowers to attract botanical interest, the bare winter trees offer an opportunity to study their naked shape and really get to know them. Winter twigs and bark are a fascinating study and can really improve your identification skills. Deciduous woodland such as Clunton Coppice develops a different character in winter and makes a wonderful walk on a crisp cold day.

Visit The Hollies to wonder at the gnarled ancient holly trees covered in berries – the smooth-edged upper ‘slike’ leaves were once harvested to provide winter fodder for sheep and cattle.

Look out for scarlet elf cup fungi too – the cup shaped bright red fruiting bodies appear in January on dead wood on the forest floor. Folklore has it that woodland elves drink morning dew from the cups, and the fungus has been used to staunch bleeding and promote healing.

The sky in winter can be particularly beautiful, and on fine clear days we love to find a wide open space to appreciate it. Fenn's and Whixall Moss feels particularly atmospheric at this time of year, and there’s a good chance you might see a short-eared owl quartering the ground by daylight, or even a hen harrier hunting low over the moss. These birds breed on moorland but move to lower ground in winter, and are often seen here. The Mammoth Tower viewing platform, a short walk from the Natural England car park at Morris Bridge, gives good views across the landscape.

Wrap up warm, take a flask of tea and make sure you leave enough time to scan the flooded Charles Sinker Fields from the lane to Morris’s Bridge for wildfowl. If you time your visit to be there as dusk gathers, you might see a murmuration of starlings too, massing to roost together in the reeds. A positive wealth of winter wildlife, and all on our doorstep!

So shrug off the winter blues, forswear hibernation and get out there and enjoy winter’s wildlife. You might see something really special or you might not, but it will boost your spirits, and you can reward yourself with a warming mug of hot chocolate when you get home. What could be more satisfying?

Winter actions for wildlife at home 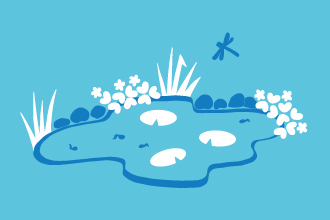 How to create a mini pond

Even a small pond can be home to an interesting range of wildlife, including damsel and dragonflies, frogs and newts.

How to plant a tree

It might surprise you, but even the smallest of gardens can accommodate a tree! 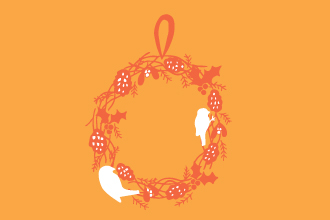 How to make a Christmas wreath for birds

With food, water and shelter scarce over the winter months, give your garden birds a treat with an edible Christmas wreath.